Call of the Abyss II

Call of the Abyss II, or the Global Festival, is an event in Identity V 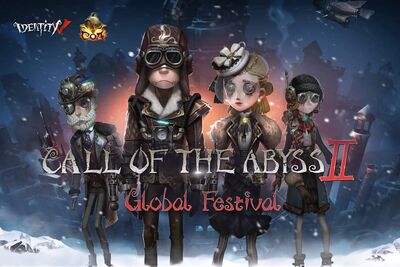 All Detectives can participate in this meaningful and historic event by simply registering as a club. The event features three stages: Steam City, High Tower, and Road to Abyss. Detectives from International Servers will compete across five competing regions: Japan, Hong Kong & Macau & Taiwan, South East Asia, NA-EU, and South Korea. Top-performing clubs from each region will have an opportunity to compete in the Online Qualifiers and ultimately enter the Global Finals to compete against winners from Mainland China for the World Championship. This is an exciting competition in which every player of the game gets a shot.